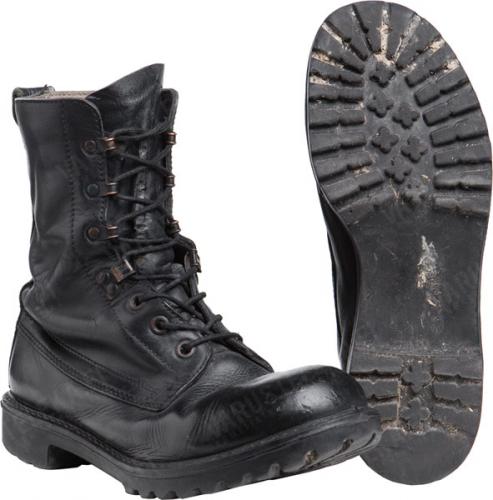 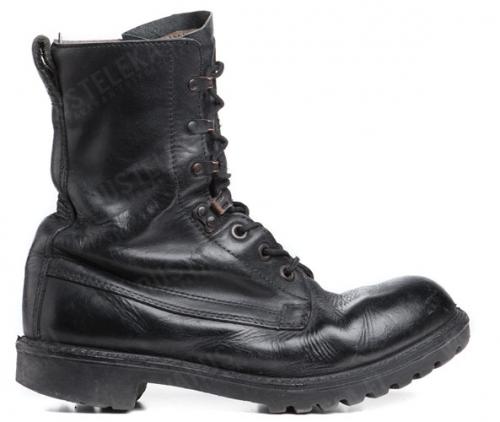 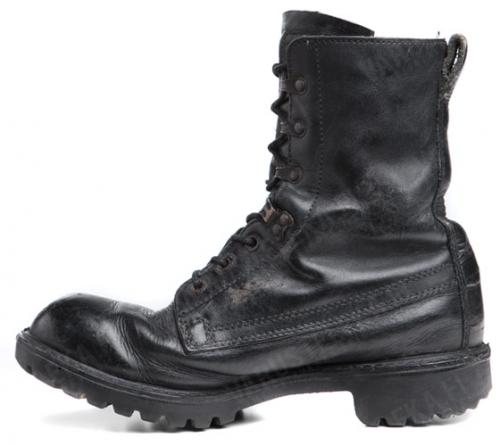 Lightyears ahead of the old DMS and early hi-leg boots in terms of waterproofness and comfort, the Assault Boots were probably a most welcome change when they were finally introduced in the early '90s. 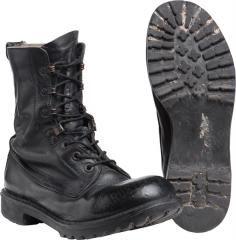 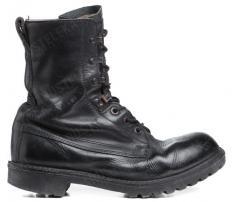 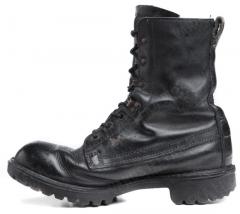 Lightyears ahead of the old DMS and early hi-leg boots in terms of waterproofness and comfort, the Assault Boots were probably a most welcome change when they were finally introduced in the early '90s.

The Assault Boot is a very traditional full leather combat boot with speed lacing and a rubber sole. We Finns are still trying to grasp the concept of not having to use triple woolen socks as a norm with military issue boots - the Assault Boots, on the other hand, are surprisingly well-fitting. Last but not least, they are quite easily polished to perfection, like most British boots tend to be, bless them!

Sizes in the standard British system, with suitable foot length in millimeters in the brackets. If your foot is even one millimeter longer than the given size, we suggest moving on to the next size. We have also given the best approximates we could for EU sizes.

These also have different widths but used as the boots are, some might be stretched more than others. We suggest not placing too much weight on the width sizes.

One important thing: these are used, not new. If you want new boots, buy new boots, not used ones. The condition varies - we do sort out those with excessive damage, so you'll get a pair of serviceable boots in any case. No lemons here. Please do note that insoles may not be included. We recommend getting new ones to go with these.

Good boots, the pair I received only looked like they were used for about a year or two, and came tied together with a pair of alternative laces. I unfortunately ordered them a half-size too large, although they're still perfectly usable and comfortable (the internals really are quite nice), it somewhat deters me from making them my primary forest stomping beater boots, but if I just want to wear something comfy while getting dirty, these are the boots.

Update: these boots are absolutely watertight all the way up into the tongue, except for some microscopic holes in the toe that only let in a few half-droplets despite me standing in ankle-deep water. Literal hosed off the mud and dried them with a towel, still no wet socks.
0

Good boots, the leather was a bit stiff and rugged, but nothing a bit of love and care couldn’t solve. Very confortable and wide boots. However the polyurethane sole started crumbling on the first use. It seems it is due to the hydrolysis that happens after a few years pf storage with this material. I will sadly have to resole them for a bit more of the price they cost me. It might depend on the batch and for the price it’s a risk to take.
0