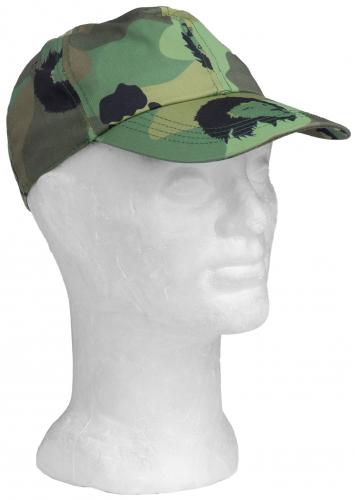 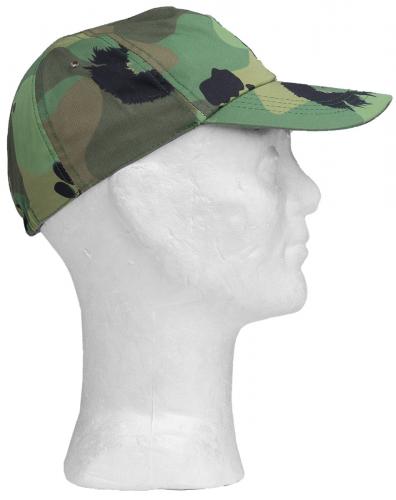 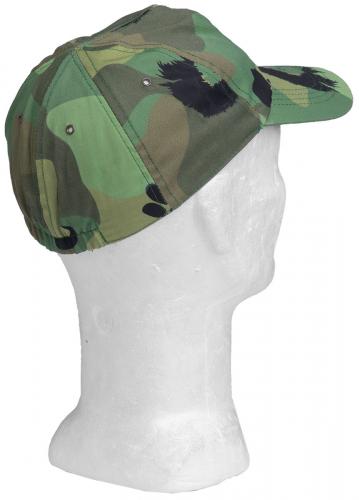 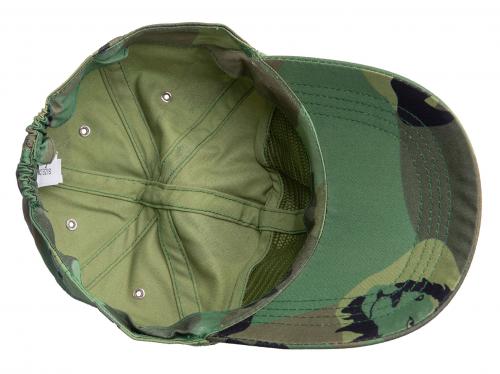 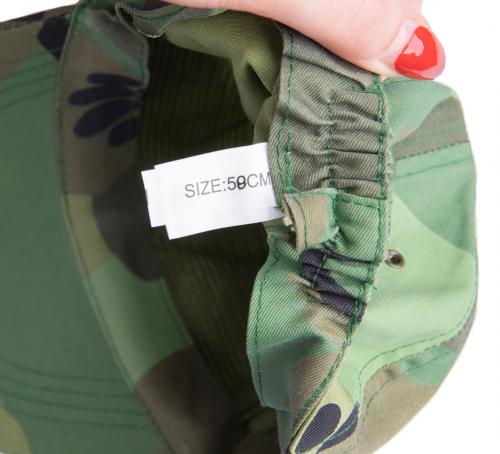 The caps are smaller than the numbers indicate. This model has a head size of 59.5 and is wearing a size 59 cap, violently shoved on.
Benin

Here’s something that you don’t see every day! The BDU cap of the Beninese wildlife park rangers in a rare camo pattern featuring African wildlife. A small batch. If you want a truly unique cap that doesn’t murder your wallet, act fast. You will look dashing in lion and buffalo! 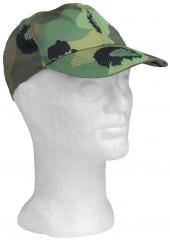 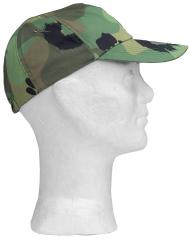 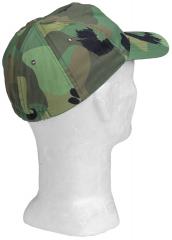 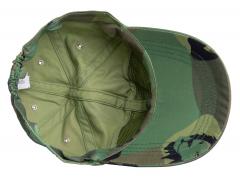 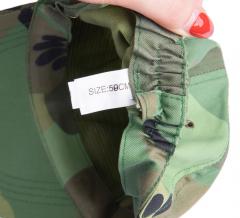 Here’s something that you don’t see every day! The BDU cap of the Beninese wildlife park rangers in a rare camo pattern featuring African wildlife. A small batch. If you want a truly unique cap that doesn’t murder your wallet, act fast. You will look dashing in lion and buffalo!

Not much to say about the features really. A very simple field cap that has four ventilation holes and an elastic band at the back. There is also a mesh lining on the brow.

This cap is part of the uniform of the wildlife park rangers that operate under the Ministry of Environment and Natural Resource Protection in Benin, located in Western Africa. The uniform also has cargo pants and a BDU jacket that are sold separately. This camo pattern is specifically designed for this unit. It utilizes paw and hoof prints as well as lion and cape buffalo heads in addition to abstract patterns. The unit primarily operates in the Pendjari National Park located in northwestern Benin.

The illegal killing of wild animals in Africa is very often part of international organized crime operations and there’s a lot of money involved. For this reason, national parks employ park rangers that conduct anti-poaching operations, chasing professional poachers that are after ivory and ingredients for fucked up eastern wee-wee meds. It is a very challenging and dangerous job because the criminals often shoot first rather than surrender.

This isn’t perhaps an ideal camo pattern for the northern coniferous forests but if you just want to look fabulous, it is quite nice for summer hikes. This is also suitable for the concrete jungle. Best used with the rest of the uniform but works nicely on its own, too. So, get rid of that old baseball cap of yours and get one of these rare beauties.

The sizes are given in the standard European hat size, which is supposed to be the circumference of the head in centimeters. However, these are very small centimeters. The actual size is 1-2 cm smaller. So the size 59 cap is actually around 57-58 cm. That is why we included the actual size in brackets.

This is the most cool camo ever. They aren't kidding about these caps running a tad bit small. It's a very basic cap, pretty low profile. The elastic band in the back is pretty strong. These caps have a tag that says "SOFRAMA-France", so I guess they are French made (EDIT- Nope, turns out that SOFRAMA is a big surplus company in France, so who knows where they are made, maybe Benin I guess). Mine has mostly paw prints on it, but there are a few edges of lion head as well. If you collect unique camo, these are for you.
2

Very cool cap if you have a small head. I bought size 59 because it said 58 in the brackets at that time and I can't wear it because the true size is 57, seems they changed the description to 57-58 afterwards though (or maybe I'm just lightly senile?). Unfortunately there is a risk that those really awesome animal prints don't show up well because of the small pieces of fabric, how cool the cap is is up to chance basically.
1